This film was possible by the use of an INRIA software- http://evelyne.lutton.free.fr/ArtiE-Fract-CA2012.pdf 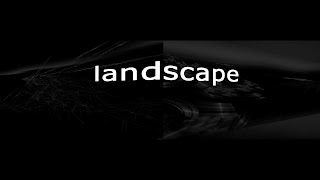 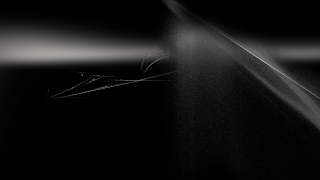 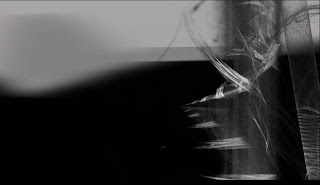 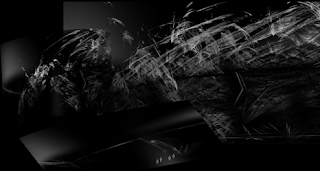 ArtiE-Fract, used by Anabela Costa for generating Landscape’s raw video material- by Evelyne Lutton.
The artwork presented by Anabela Costa is based on an original exploitation of the interactive evolutionary design software ArtiE-Fract. Initially dedicated to static shape design, ArtiE-Fract is based on an interactive GP mechanism that helps an artist or a designer to explore a space of 2D fractal shapes. Since its first version, it has been used by various artists and designers, mainly for the design of textile motives and posters. Anabela Costa fully exploited the morphing utilities provided by ArtiE-Fract, to produce videos. She pointed out new potential usages of this design tool.
Fractal pictures have always been considered as attractive artistic objects as they combine complexity and “hierarchical” structure [2, 6], and provide a simple way to generate shapes that look “natural”. Born from the analysis of “strange” mathematical objects (such as an infinite length curve embedded in a finite surface, or as a continuous nfunctions nowhere differentiable) at the end of the XIXth century, the so-called Fractal geometry became famous with the work of Benoit Mandelbrot [9] in the middle of the XXth century. The main argument was that these mathematical objects were convenient models to represent natural shapes: fern, coast of Britanny, romanesco caulifower, are examples of natural fractal shapes. ArtiE-Fract is based on Iterated Function Systems (IFS), a model of fractals that became famous in image compression applications
[1], but that has many other applications (for example in speech signal processing [4]). The mathematical structure of iterated function systems attractors [1] let some more or less direct access to its characteristics and therefore, shape manipulation and exploration is possible [5, 11]. The IFS model is also very convenient for building nice continuous morphings. In ArtiE-Fract, an Interacitve Evolutionary Algorithm (IEA) is used as a generator of fractal pictures with controlled randomness. This interactive approach is not new in computer graphics [13, 12], but it was extended for the exploration of a fractal pictures space based on non-linear IFS. Flexibility has been carefully considered with the help of advanced interactive tools related to the specific fractal IFS model that is used.
ArtiE-Fract is the result of a quite long maturation process, a common work with engineers, artists and designers to provide a set of user-oriented tools. It intends to approach the interactive efficiency of a “photoshop” or a “gimp” software (of course in its own domain, that is fractal images design).

THE MORPHING UTILITY
The IFS model is very convenient for builing continuous transformations between attractors. A simple interpolation formula, based on a linear combination of the functions of each attractors, allow building a set of intermediate IFS of any length, i.e. a continuous morphing between two initial shapes. This operation is accessible for any couple of IFS generated with ArtiE-Fract, and produces a set of IFS that can be re-used in the system for further evolution, or used for building videos.
Other tools for building image sequences are also available in ArtiE-Fract, for instance based on some continuous predefined movements of some control points, or based on zooming or other parameters modifications.
THE WORK OF ANABELA COSTA
Anabela Costa based her artistic research on an intensive exploitation of the video making utility of ArtiE-Fract, going back and forth between interactive evolution window and video making window. The artwork she created were finalised using an external editing tool for the final video montage. The way she uses ArtiE-Fract let revisit some constraints on IFS attractors that may be set a priori. For instance minimal density of images or size of attractors, that constrain the search to visually interesting images, has an impact only for still image. If we deal with moving objects, a very small attractor (or a set of points) may be considered as aesthetic, because of its movement perceived in a succession of images, and not because of its static shape. Another important output of this work is related to the use of artificial evolution for video design: a straightforward strategy that consists in directly manipulating videos and displaying it in an interactive evolutionary algorithm was not what whished Anabela Costa for her artistic design. This strategy may be too constrained for the way she works. She used the evolution of still images as a source of raw material for her video montages.